A Day in the Shoes of Indiana Jones

Ever since watching Indiana’s search for the Holy Grail as a kid, the ancient city of Petra has been a place that I’ve longed to see. The close proximity of Petra to Aqaba, my base for a couple of days, meant that it was the perfect opportunity to check another item off my bucket list. We departed from Aqaba at the crack of dawn, and after a two hour car ride through a beautiful hilly desert landscape, we arrived at the ancient city of Petra. 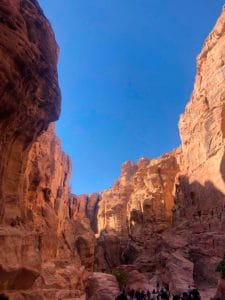 Before arriving at the Treasury, we ambled our way through the narrow crevices of the Siq, a narrow gorge formed thousands of years ago when tectonic forces broke the mountain into two pieces.

After spending what felt like an eternity traversing our way through the Siq, the ravine opened up in front of us and we were greeted with the breath-taking sight of the Treasury. 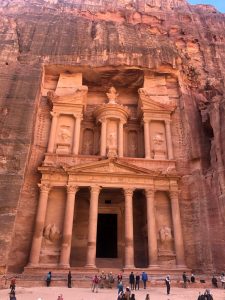 Carved into the cliff face, the Treasury was built as a tomb for Nabataen King Aretas III, and was believed to have held hidden treasures. It’s hard to imagine the countless hours that went into the creation of this magnificent structure, and the ingenuity needed in order to do so with the most basic of tools, it is truly awe-inspiring.

After soaking up the Treasury, we decided to wander around Petra to take in the rest of what the park has to offer, as whilst the Treasure is the main attraction, there is so much more to see whilst there.

Deciding that the two kilometre walk wasn’t enough exercise for one day, we decided that we would walk up the rock staircase known as the Al-Khubtha trail. Reaching the top with our tongues hanging and sweat beading down our faces, we were not disappointed by the sight before us, a view from up high of the Treasury.

Our final stop was the monastery, a 3rd century Nabataen tomb. However, you must be warned, there is about 800 steps that have to be climbed to get to the monastery, so bring plenty of water.

After making our way to the top of the path, and with legs like jelly, we were gobsmacked by the marvellous structure of the monastery carved into the mountain. After taking it all in for a while we decided that our legs couldn’t take any more, and it was time to return to Aqaba. And whilst we were unsuccessful in our search for the Holy Grail and eternal life, we did make memories that will last a lifetime.

Proud to share that Chef Jaume Puigdengolas has been recognized as the Middle East region’s Executive Che of the Year 2021. His philosophy for fresh 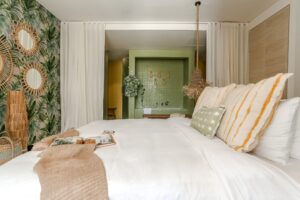 The Sustainable Initiatives Plan: Are you with us or against us?

By Nino Beridze Student at Les Roches Marbella (Master in International Hotel Management) GenZ and Sustainability go hand in hand. This thinking, we apply, across 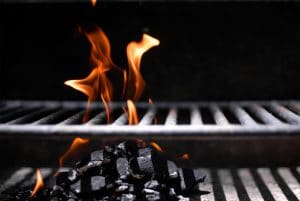 How to find inspiration for F&B concepts? The Creation of Charcood

When I think about various concepts and their creation – the first thing I ask myself is: What would I really love to eat and 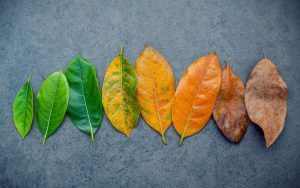 Nowadays we have the access to various food products throughout the year!  Regardless of the place you reside, you can find products originating from all

Connect with us on LinkedIn

Check out our latest developments.

Check us out on Linkedin

Our Services
Our Brands
Our Projects
Our Media